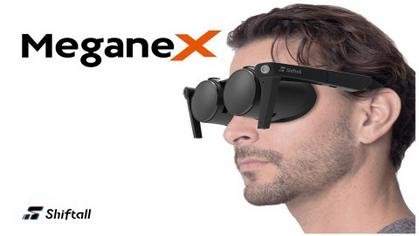 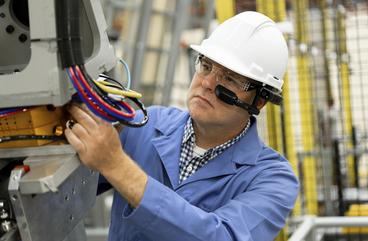 Kopin - Lens To The Metaverse

Now that CES has drawn to a close, we have identified a number of key industry updates and near term catalysts for Kopin in 2022.

Enterprise AR - Now A High Growth Business
Leading up to CES, we noted a couple of very important news items from Kopin customers and partners:

We believe quite strongly that Second Screen AR / Assisted Reality will be the form of augmented reality most widely accepted for Enterprise use cases near term. RealWear and Moziware represent best-of-breed Second Screen AR today. In particular, we think Moziware’s growth will be very strong in 2H 2022 as front line workers in mainland China and around the world snap up the new Cimo device that is so compact it folds up like a wooden ruler and fits in your pocket!

We should note that we continue to believe RealWear is in the process of raising Series C funding of approximately $50M which sets the stage for strong growth and may spur an acquisition or IPO event by the end of 2022. As an early investor, Kopin would see an injection of liquidity from such an event and potentially see hockey stick revenue growth by the end of 2022.

2022 Is The Year of The Metaverse
CES 2022 announcements added to 2021 events we observed along the path to broad Metaverse/VR adoption:

Reflecting on these announcements and activity, combined with increasing tempo of rumors about Apple’s 2022 VR entry, we infer the following: VR is mounting a serious comeback as part of a renewed focus driven by the Metaverse.

We are convinced Micro OLED-based headsets are the future for VR and will enable much longer Metaverse sessions due to lower weight, reduced power consumption, less heat, and increased comfort. For example, the new Panasonic VR headset is designed for Metaverse users who will be immersed 2,000 hours per year or more than 5 hours per day!

This is why we think the Panasonic VR device announced at CES 2022 is so important:

We think the Panasonic/Kopin headset is now the Gold Standard for VR and will set the benchmark for all new high end devices and commence lower prices for Micro OLED as Tier Ones introduce new devices and take advantage of scale.

Additionally, Pancake lenses are emerging as a key component for all Metaverse devices. Watch for next generation VR devices using microdisplays to increasingly employ patented All-Plastic Pancake lenses - many to be supplied by Kopin. Why is Kopin’s announcement about their new P80 Pancake lens so important? Note the following sentence from the press release:

In our view, the new Kopin P80 Pancake lenses shown at CES enable a high fidelity image with a “very long eye relief” so that devices can be worn over prescription glasses with ease (see Catalyst #1 below). Kopin’s Pancake optics could enable broad Consumer adoption of a new class of Metaverse Glasses.

Five Near Term Catalysts For Kopin
We expect the following catalysts to trigger strong investor interest in Kopin:

Based on current Enterprise AR, Military program expansion, and 3D Metrology growth (EV car production!), and last but not least Consumer, we see Kopin’s top-line 2022 FY revenue in the range of $60M to $62M - well above current consensus of $52M.

Kopin has spent over a decade preparing for the Metaverse. In fact, it's the only display company offering all four key microdisplay architectures (AMLCD, LCOS, uOLED, uLED) under one roof along with a portfolio of patented AR and VR optics. We see more Si backplane deals for Kopin in the future ...

“As John Fan and his team did with the HBT transistor (now in every smartphone on the planet), and is doing now with AR, VR, and the Metaverse, Kopin is again where the market wants to be years before the market knew it was the place to be. This MIT startup has now proven to be both early and right more than once in my opinion!”

To further validate these points, in 2017, Goertek, (the "Foxconn of wearables" and a $200B company) who is a Qualcomm XR partner, maker of Oculus Quest 2, Playstation VR2, and many other headsets, took a 10.1% equity stake in Kopin (7.6M shares at $3.25/share), confirming the strength of the company’s IP portfolio:

“This agreement further aligns the interests of both Goertek and Kopin,” said Long Jiang, Goertek’s CEO. “We will utilize Kopin’s industry leading technologies to create a range of wearable products with the most advanced features for our customers. We are excited to see the initial products utilizing Kopin key components hit the market later this year.”

Furthermore, Goertek has not sold any of their original Kopin investment despite the share price running from $3.25 to $13.62 in 2021. One can assume that Goertek believes the value of the company is much more than $13.62 per share. We concur.

In 2022, we believe Metaverse investors will open their eyes to Kopin’s deep IP for all XR wearables if the aforementioned catalysts come to realization. 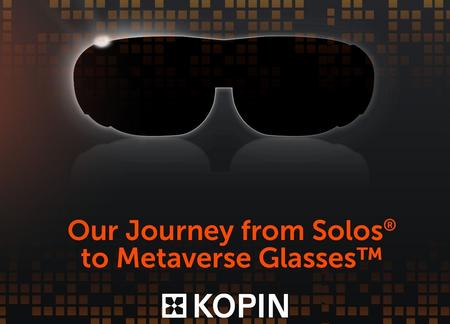 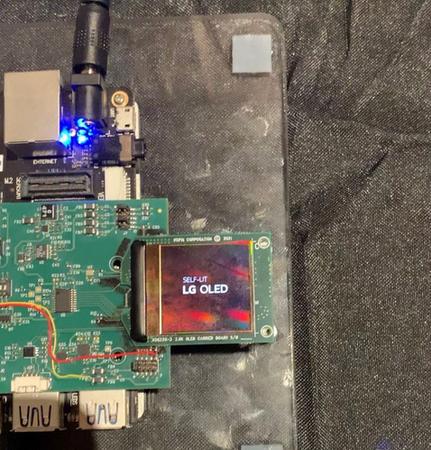