​I must reiterate these key thoughts I took from the discussion with Andy:

​Derrick:
"Two segments I see right now: notification application, which is the smart glass form factor, versus a true headset almost PC-class which is what you have with the HMT-1. What I see happening is, if you get your price point competitive with something like a Vuzix M300, why would anyone settle for notification only when they could have PC-class power and almost at desktop sized display at their disposal?"

Andy:
"Great question. There are very appropriate use cases for every class of product.

The roadblock wearables have faced ever since Google Glass has been the user interface. Folks are still trying to figure out what the best user interface paradigm is and the reason is, one simple reason: no one has nailed voice. No one has nailed noise cancellation in a voice driven system and that’s been the impediment to larger scaling of wearables in general. The UI has to be voice, it can’t be gesturing out in free space, it can’t be swiping on the head and pushing buttons etc. It has to be driven by voice. We do voice better than anybody else. Period. Hands down. We do voice best. That is something that differentiates us beyond the quality of the device and how high end the system is.

On the flip side, the comments I do get from time to time they do talk about the size of the system versus a Google Glass or other smart glass device. So when they look at ours they say, “Well that’s bulky and a pretty big device.” I say well, its not glasses so you don’t wear it on your nose, you wear it on a helmet or a ball cap or a bump cap. So, the distributed weight is very comfortable and you can wear it all day. At the same time, by not leveraging the glasses form factor, the HMT doesn’t need to weigh less than 100 grams for all day use. It can weigh 350 grams and that gives us an advantage when it comes to waterproofing, ruggedness, the size of the processor (8 core), 256 GB of memory, all of the things we talk about as a differentiating features are enabled by having the additional 200 grams of weight versus the smart glasses form factor."

Derrick:
"As a result of customer Pilots or other feedback, are there any concerns about cognitive tunneling or eyestrain with the monocular arrangement used for long periods of time? Or essentially, because the effect is that of a tablet suspended in your field of view is it really is no different from holding your device from an optical perspective?"

Andy: "No issues. Stephen Pombo our design VP has been doing this for the better part of 40 years. He is probably in the top 5 most intelligent people on the face of the earth when it comes to industrial design and human factors and how it applies to wearable computing. He has designed the system to be compliant with dominant eye but also the boom arm positions the image below your line of sight. Most of the time (90%), your eyes are on the job. The HMT-1 is like a dashboard in your car. As a result, it is very comfortable to view – glance down at it as needed. We have been testing it internally for 8 and 12 hour wearability tests and are very confident that the industrial design abates any of these concerns."

Derrick:
"Is RealWear confident that you have exceeded 95% accuracy on voice recognition? Is it now in the zone that it’s so reliable with command and control that it’s almost flawless in terms of usability?"

Andy: "Yes and no. We are still improving. In noisy environments (90 db), we are maintaining 95% accuracy. We are so hyper-focused on exactly that percentage, (95% to 98% first time first pass with accent) recognition of voice command. We are so focused on it, that we actually took the first 100 units that were shipped to us and we systematically tested beyond the test we did at the factory and we weeded out about half of them. We won’t even ship these to customers. The root cause of the reason why the systems weren’t working up to the 98% accuracy level was microphone placement. It was a mechanical assembly process issue. As a result, we brought in independent quality control experts to conduct a 4 week overhaul of the entire assembly and test process. Our partner implemented acoustic testing systems so that 100% of every device microphone and noise cancellation meets and exceeds the targeted 95% to 98%.

We are hyper-focused on first pass voice recognition success."

Derrick:
"Andy, any closing comments and/or key messages to share?"

Andy:
"In closing, the one thing you would point to about RealWear: we have been challenged by many speculative people as to how we came so far so fast? This question/challenge comes up over and over again … I accomplished this by going out and acquiring resources with experience in head worn R&D and coupled that with a team who had spent 15 years building rugged handsets (Sonim). Sprinkle in some seed funding, add some leadership, mix it all together and in 8 months we have devices coming off of the production line. In 12 months we will be in high rate production. Literally, record-breaking progress. It amazes me, but pleases me.

Derrick:
"Thanks for your time Andy!"

Below you will find part two of my interview with RealWear Inc. CEO Andy Lowery where we delve into more detail on their HMT-1 head mounted tablet device. I actually had the chance to use the device in January 2017 at the RW Summit and launch event in San Francisco. That experience with the HMT-1 was the catalyst for some recent Seeking Alpha articles I have written about Industrial AR and the interview you see here.

Having used a number of the head worn devices which could support wide Industrial AR adoption beginning in 2018, I came away with the strong belief that RealWear's HMT-1 is far and away the best platform to deliver a safe and acceptable user experience for workers of all skill levels across all industries.
So, on with part two of the interview with Andy...

I believe an Industrial AR groundswell is underway with huge pent up demand across thousands of corporations. This emerging market will be massive with millions of devices shipped annually. In my opinion, the platform RealWear has created with the HMT-1 has a good chance of becoming the industry standard head worn AR device across all segments.

The Industrial AR market is an area I am keen to take a stake in and leverage RealWear's success. However, because RealWear is currently a privately held firm, the best way an investor can take part in this growth can be found here. 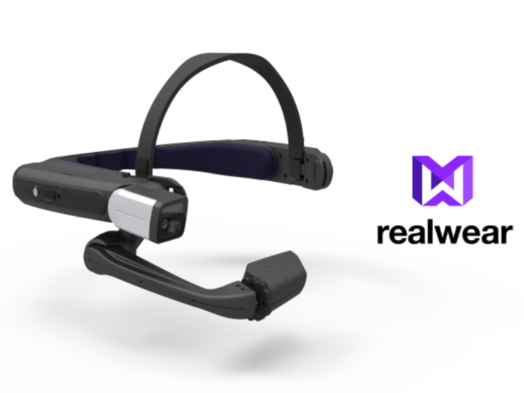 THANK YOU FOR YOUR INTEREST.

THE DIFFERENTIATED TECHNOLOGY
​CONTAINED IN THE HMT-1DEVICE 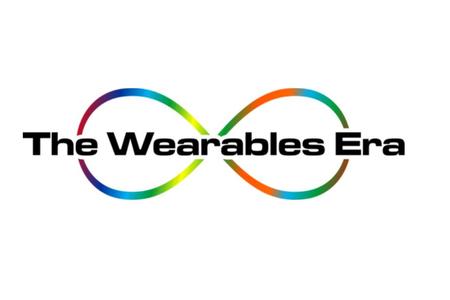